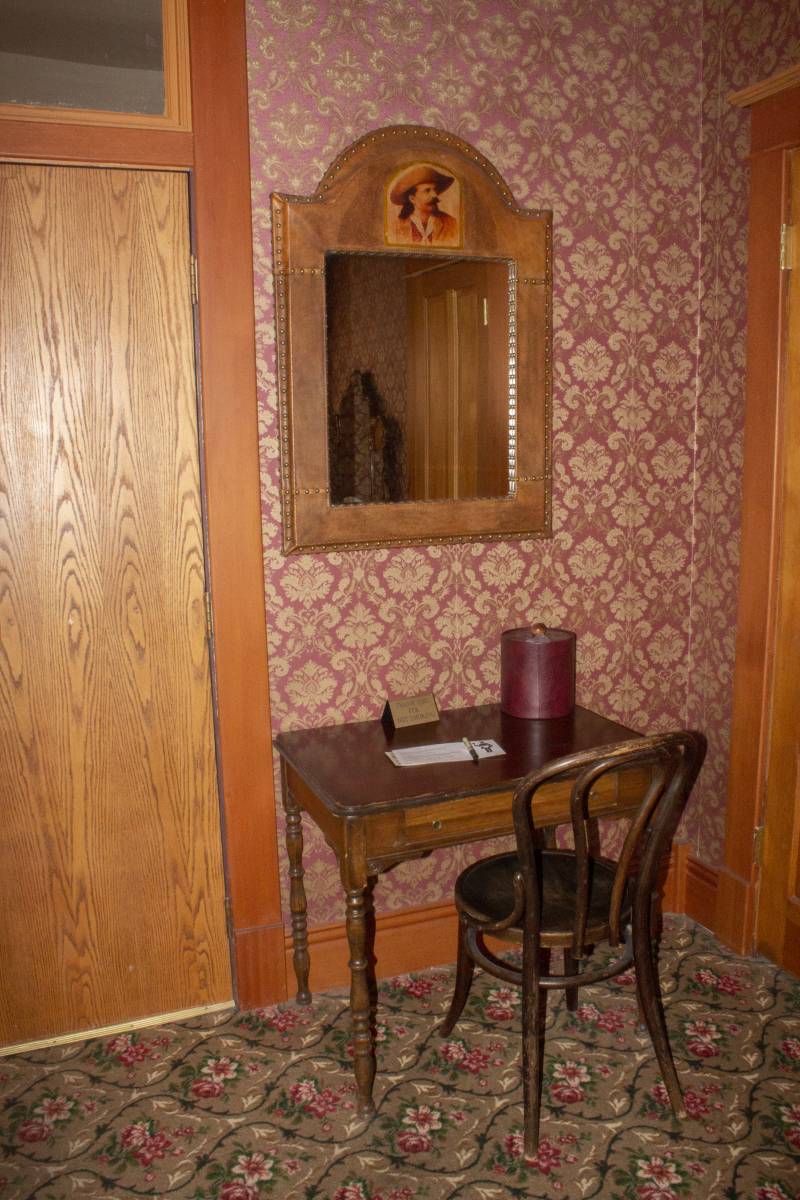 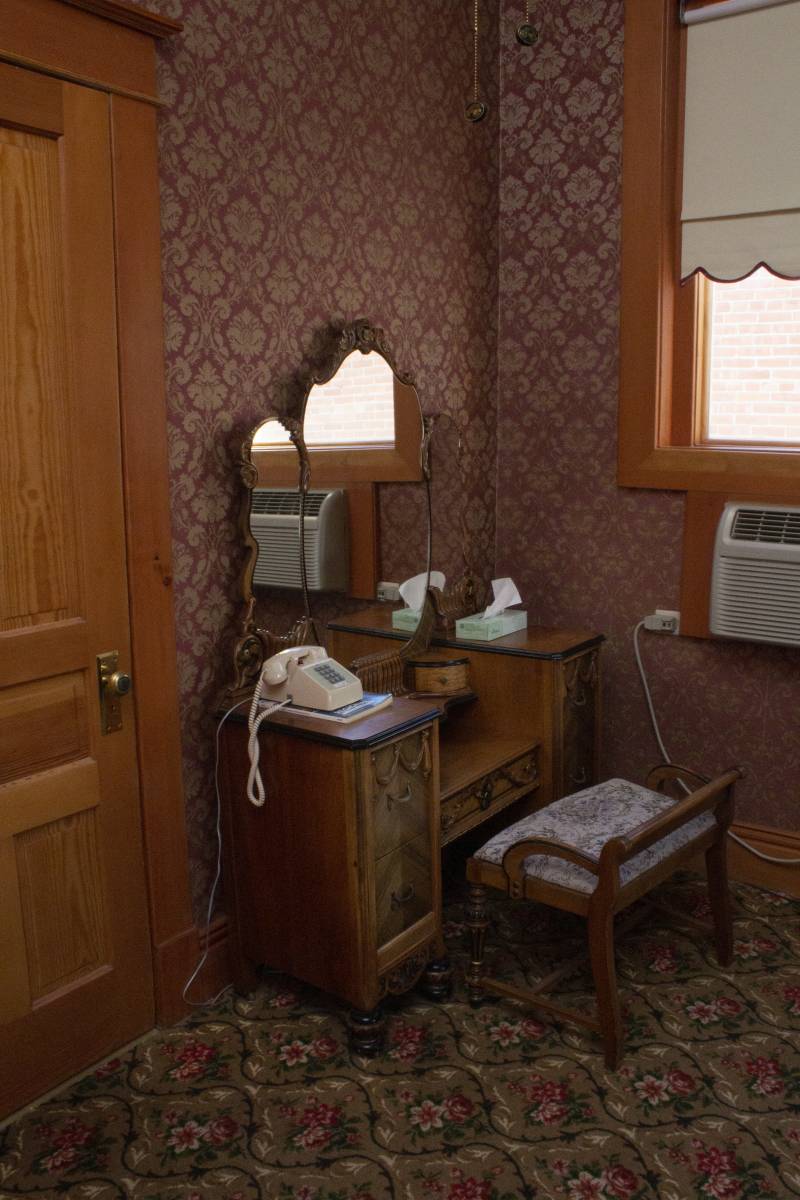 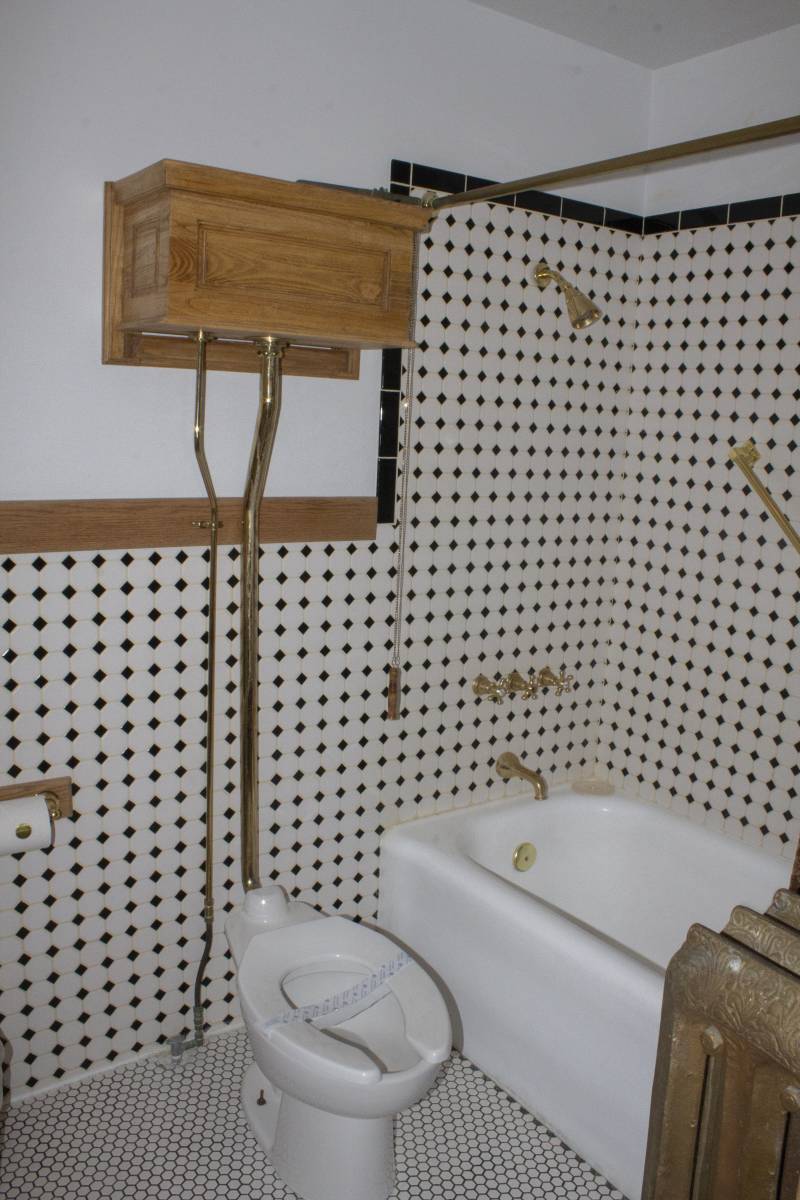 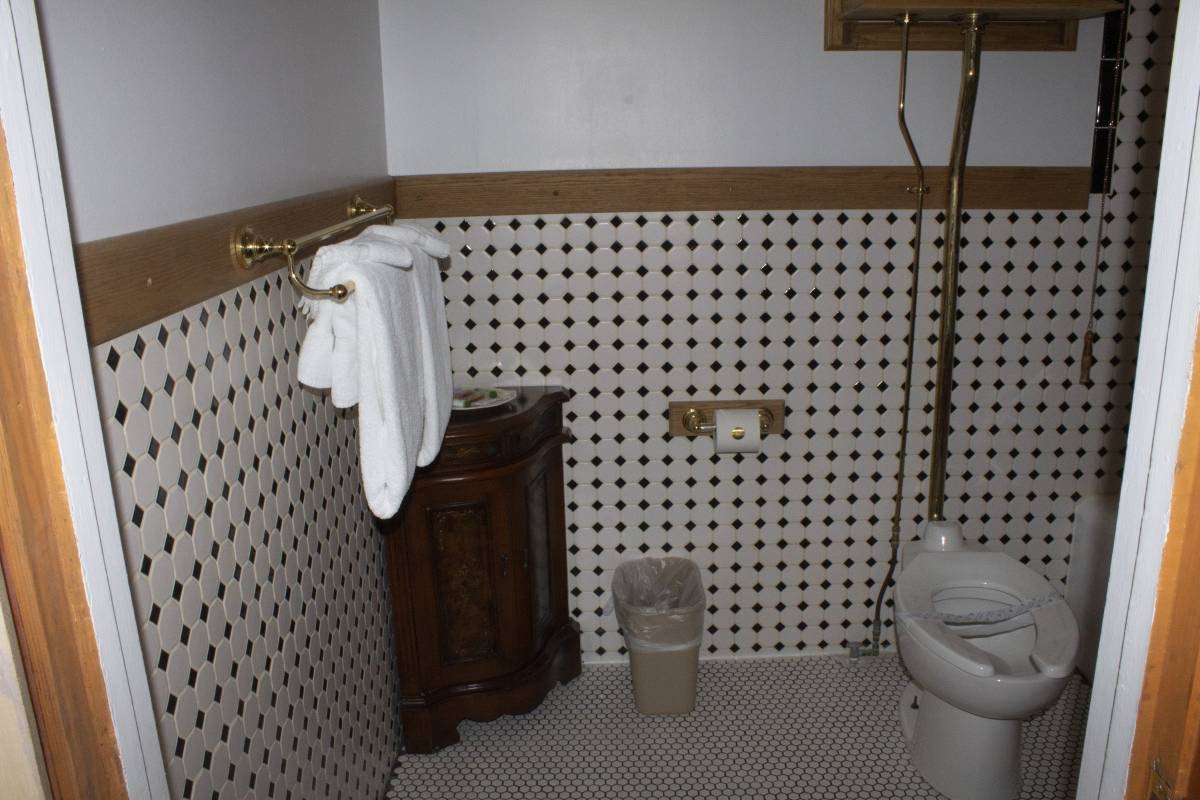 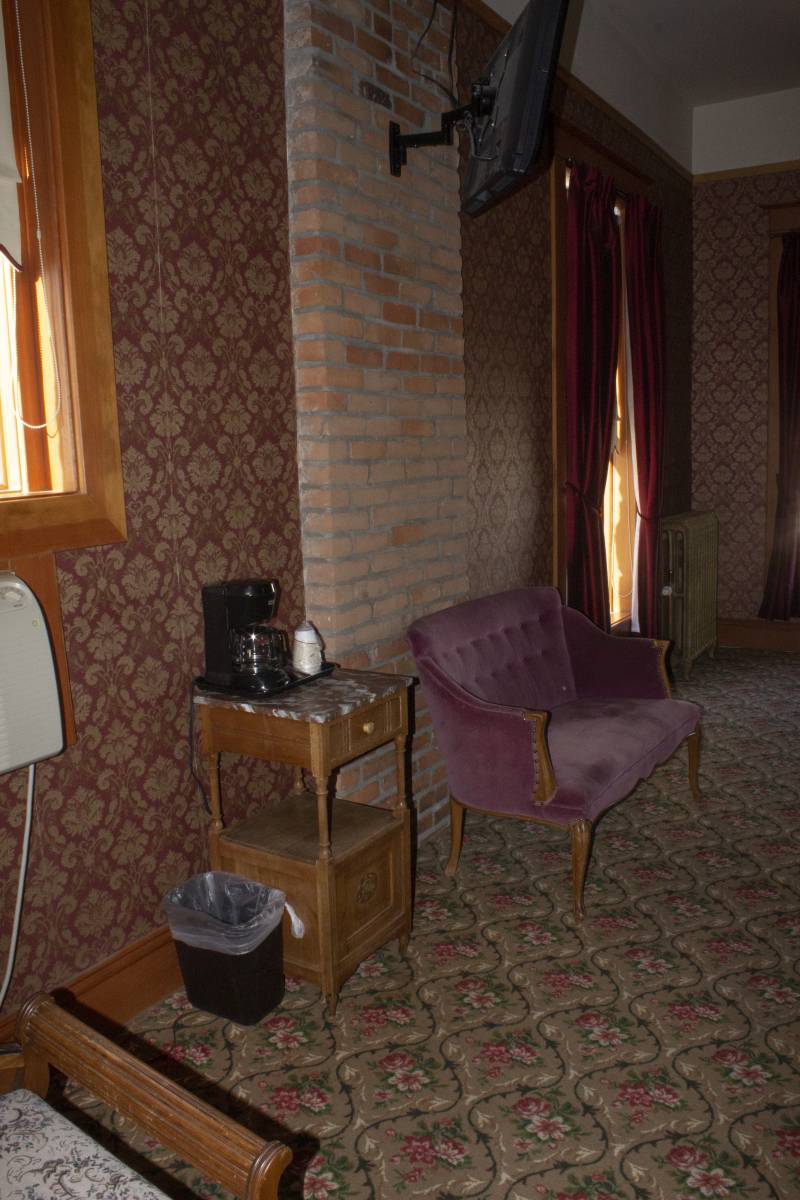 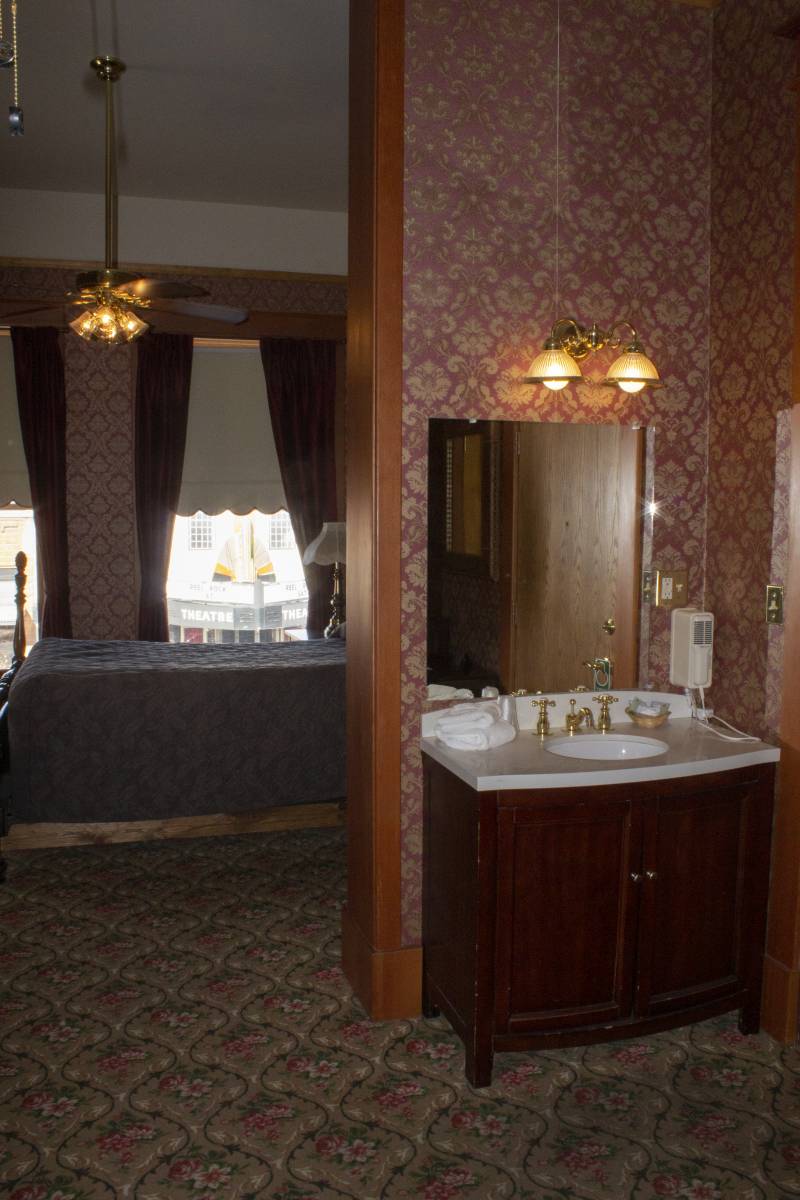 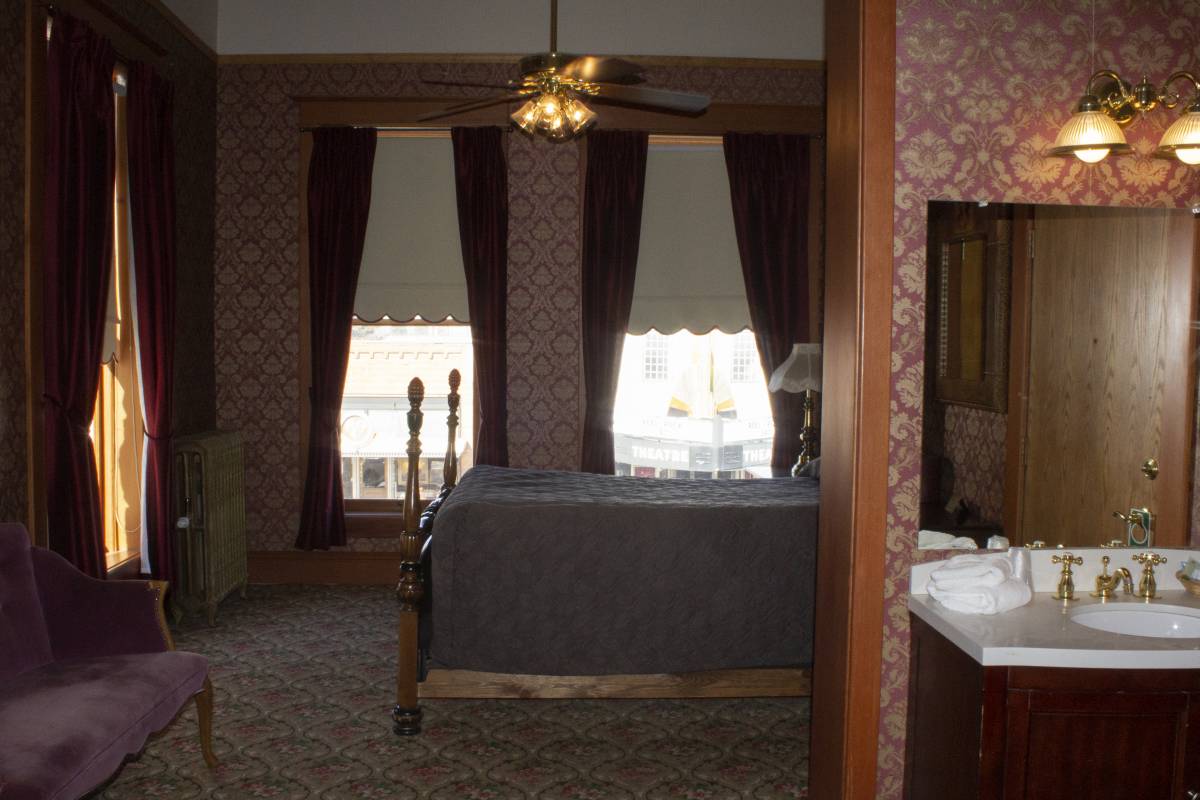 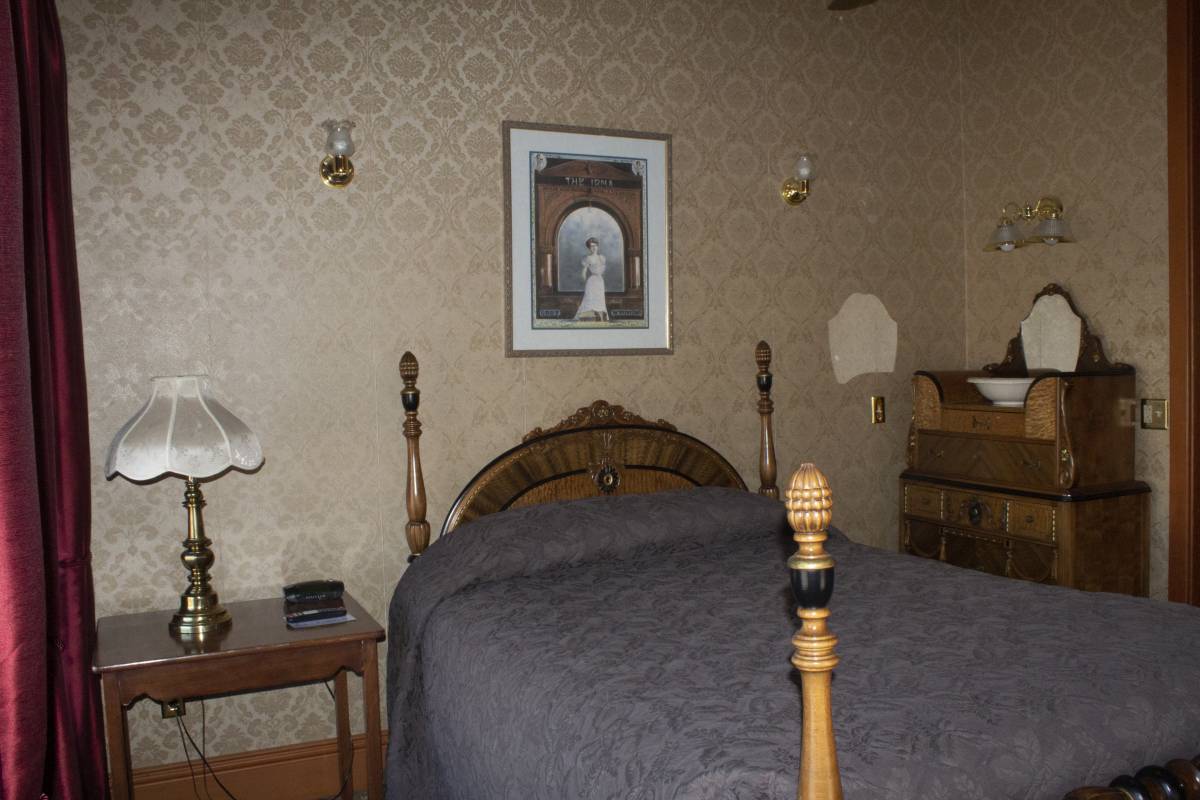 This historic suite is as named after the Buffalo Bill’s youngest daughter who was an excellent horsewoman and violinist with a spirted attitude. She was a woman beyond her time who grew up living at the foothills of Yellowstone National Park. This room is located on the second floor with extraordinary views of downtown Cody, lavish historic furnishings, a sitting area, full closet with a roll away bed. Along with a queen size bed accommodating two guests with the option for more. 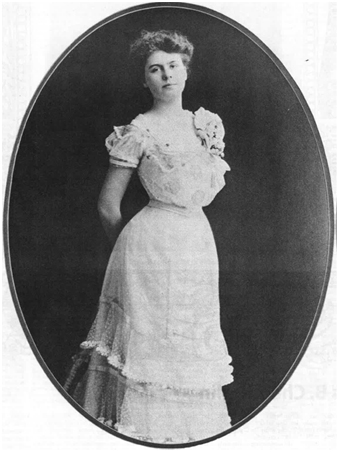 In 1903, Irma married Lt. Clarence Stott. Death claimed her husband in 1906 after only three years of marriage.

Irma was known to be an excellent horsewoman and quite high spirited. Stories are told of her driving a horse team at full gallop down the center of North Platte on her way to pick up guests for the ranch. She played the violin and loved amateur theatrics.

Fred managed Scout’s Rest Ranch until 1914, and from 1915 until his death managed the Irma.

Irma died on October 15, 1918, a victim of the flu epidemic, and her husband, Fred, died three days later.

They are interred in the Riverside Cemetery in Cody, Irma being the only Cody child not buried in Rochester, New York.