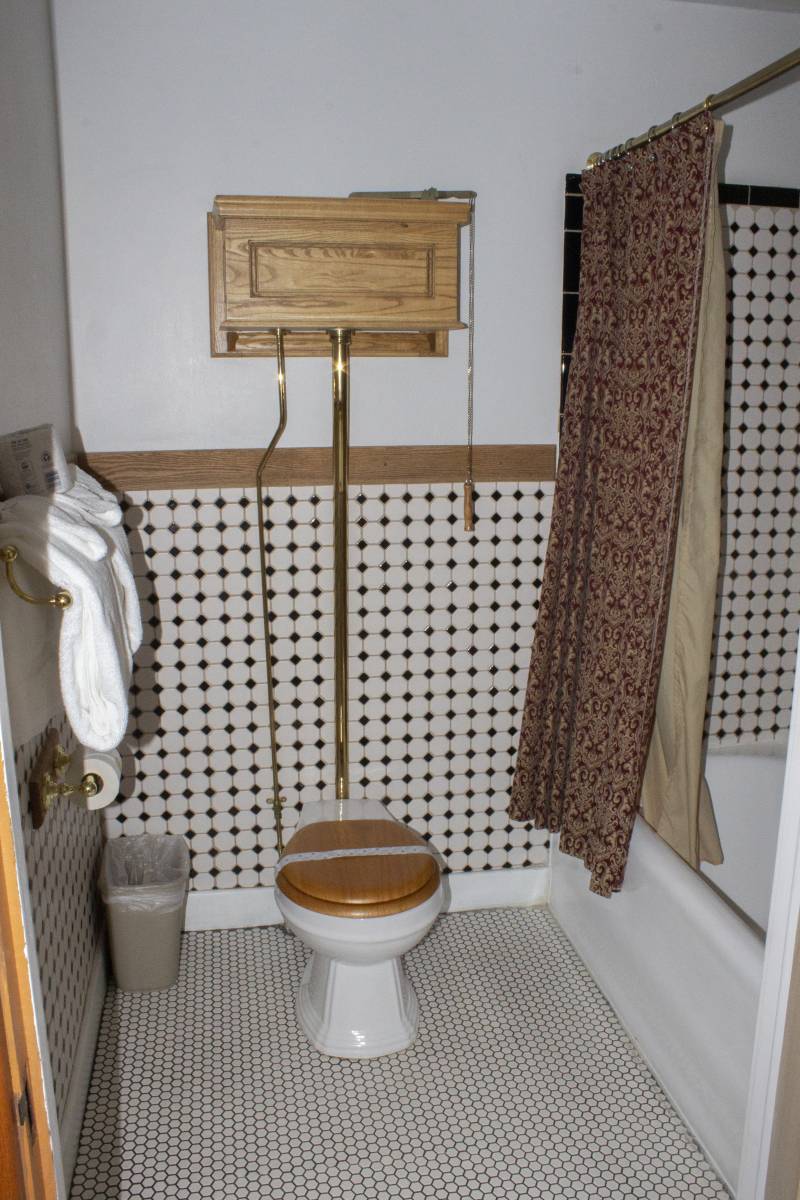 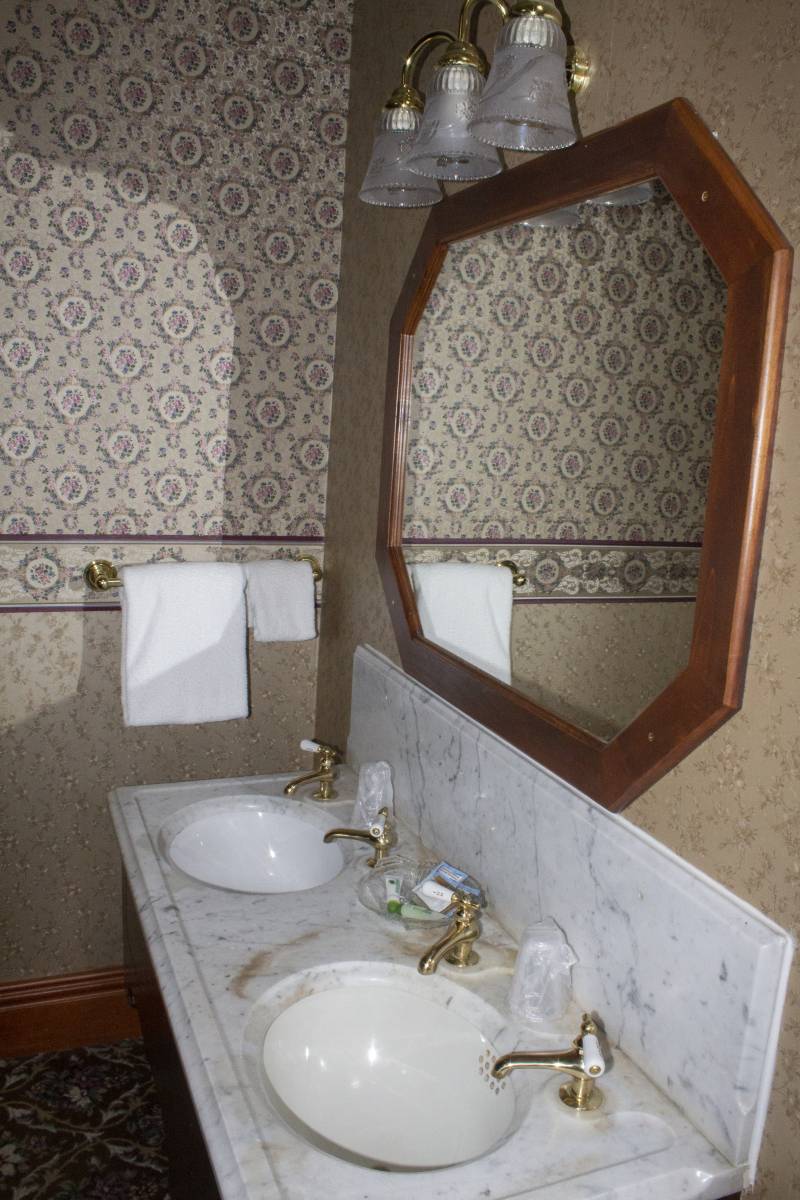 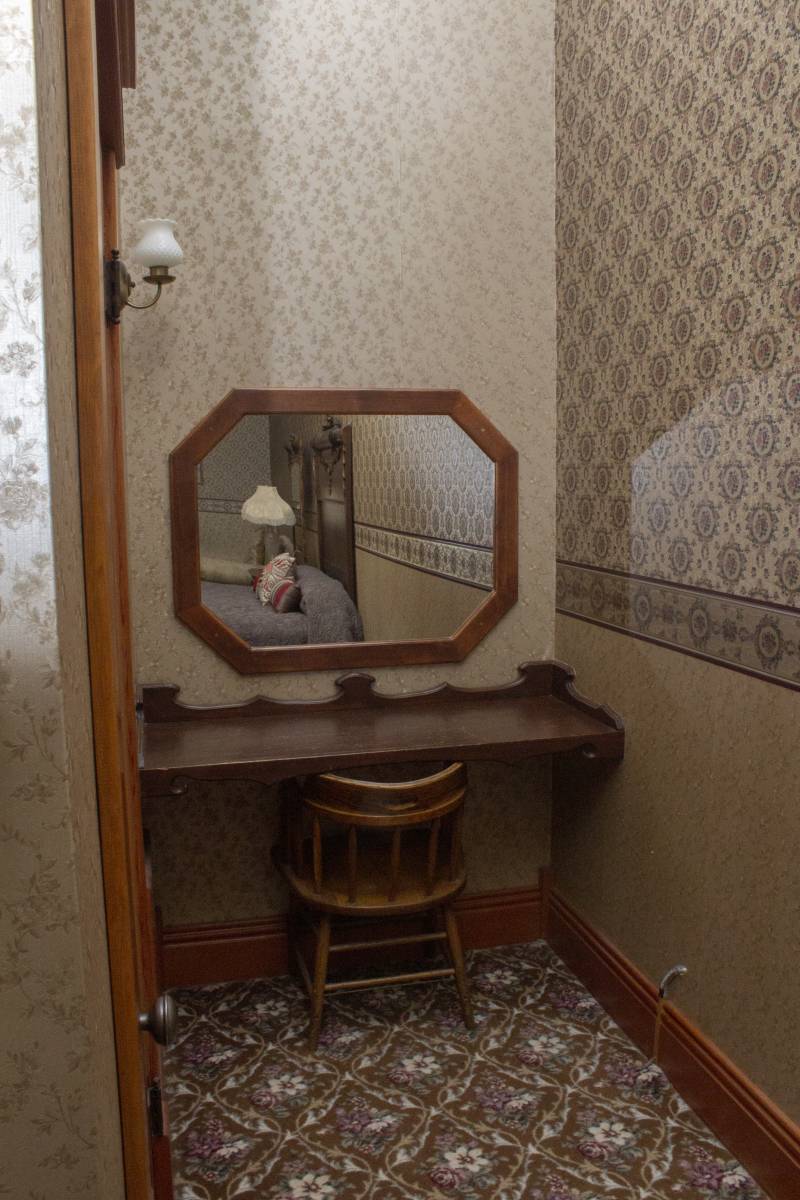 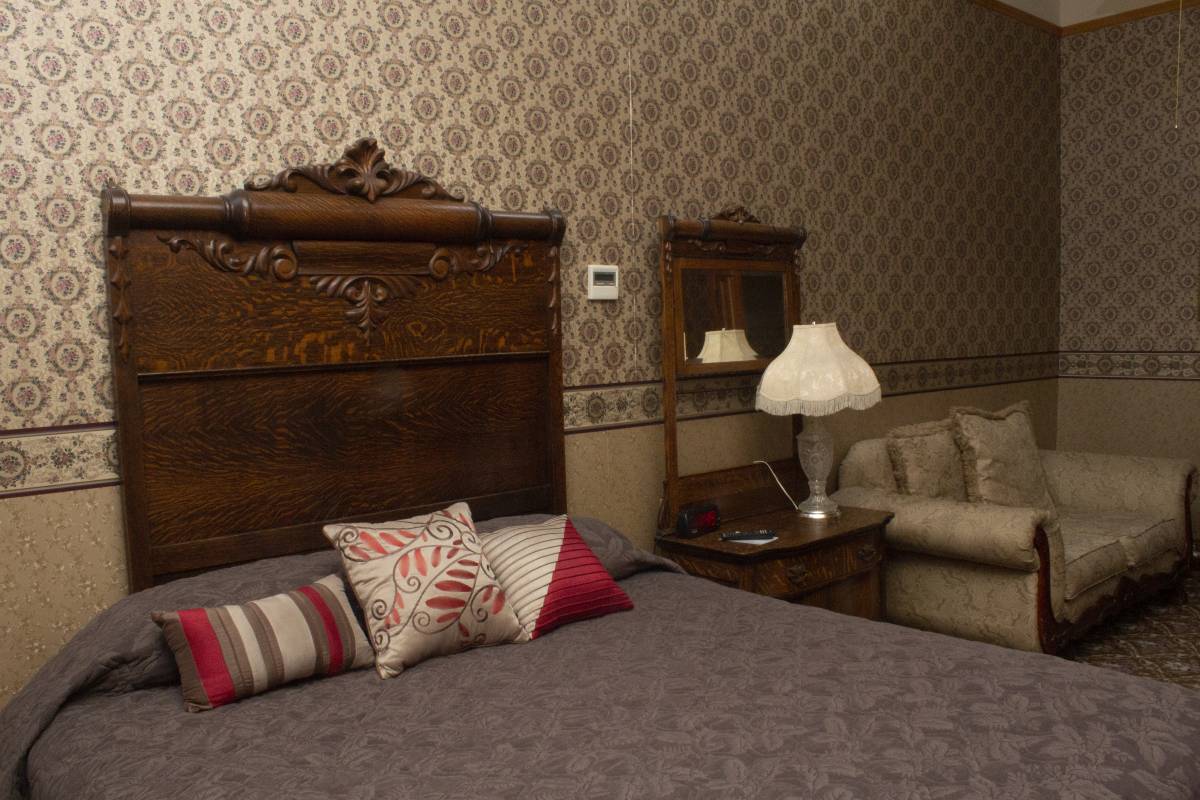 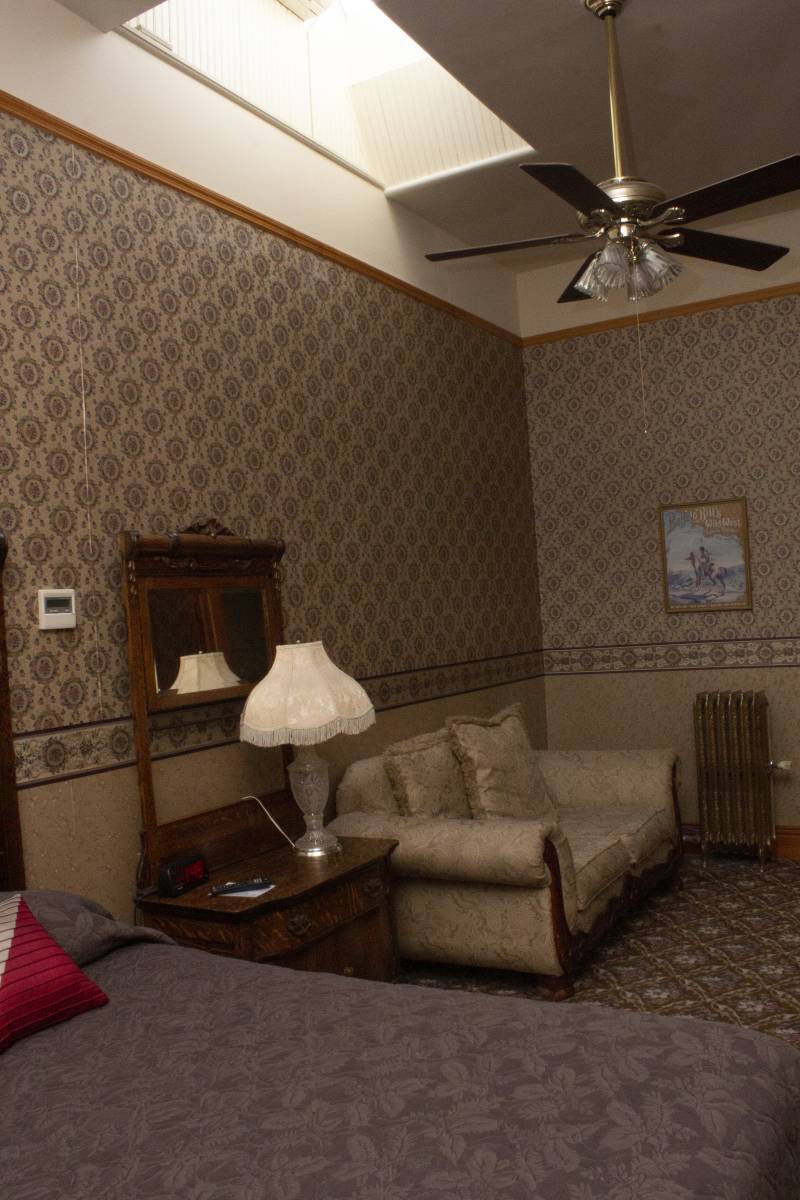 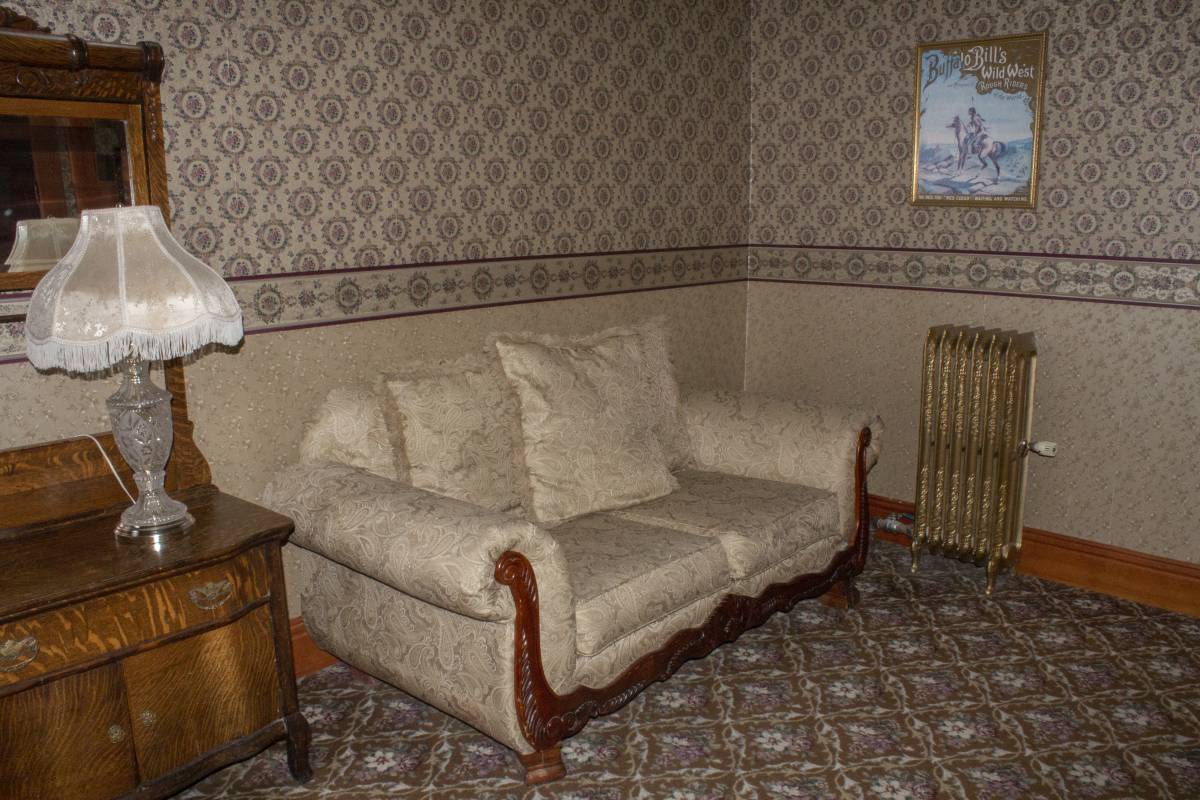 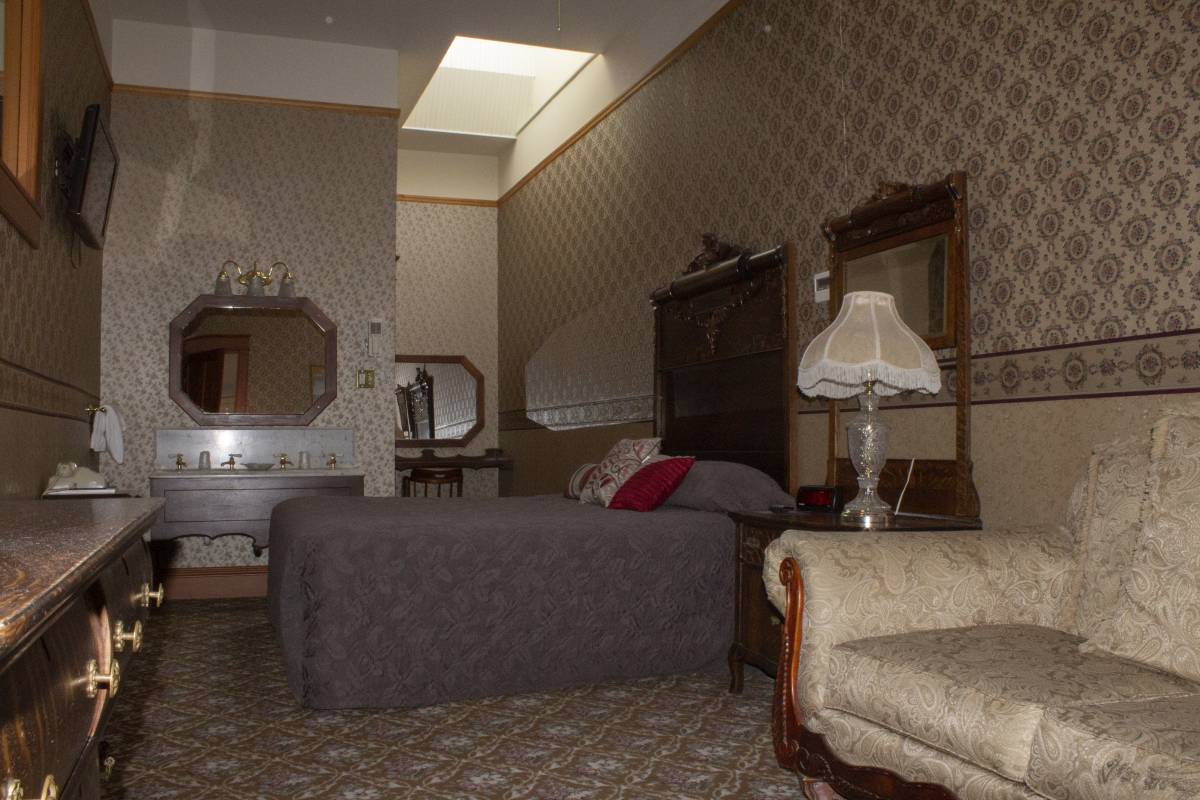 This historic room is as named after a hunter and trapper from Indiana that fell in love with the Cody/Yellowstone area and made trapping famous. This room is located on the on the second floor, this suite offers a sitting area with beautiful historic furnishings, a double sink outside the bathroom, two dressers, and extraordinary skylines. The suite has a King size bed accommodating two guests.

Max Wilde was born in 1888 in Franklin, Indiana and was educated in the Franklin Schools. He went to Canada in 1908 and to Alaska in 1909.

In 1911, the adventurer at heart returned to Indiana, was married, and in 1913, headed west to Cody.

He was employed by Holms Transportation in Cody and worked taking passengers on the two-day trip to Yellowstone.

After working at Valley Ranch, one of Wyoming’s oldest dude ranches, Wilde homesteaded his own Lazy Bar Ranch on the South Fork of the Shoshone River and planned a future outfitting and guiding business.

He spent his winters trapping in the high country. During the winter of 1918, Wilde, along with Ed “Phonograph” Jones, netted a fur catch of nearly $10,000.

After working for the Valley and Majo Ranches, Wilde saved enough money to start his own outfitting business. Most of his hunter-customers were well-to-do people from the East.

In 1947 through 1948, Wilde served on the Wyoming Game and Fish Commission.

Max, Frank Kiernan and “Phonograph” Jones had instituted the Trappers Ball at Valley Ranch. After a cowboy shot out the windows and lights at the Ishawooa community hall one exuberant night, the ball was moved to Cody where it enjoyed success as a social event for many years.

Max Wilde died in June 1970 as one of the most respected outfitters in the area.